We also take a look at other current topics such as the trade war between China and the US through the Huawei case as well as mass surveillance programs or the recent sale… Read moreShareMark as PlayedVEscudero on Radio4G, How Bitcoin WorksApril 10, 2019 – 59 minProgram 81 of «Dale Una Vuelta» recorded on December 3, 2015, with Gemma Méndez, María Candelario, Esther Lapaz and Dani Cámara.
Today we delve into the wonderful world of currencies, markets,… the economy after all. Bitcoin is a digital currency, a protocol and a software that allows: instant point-to-point transactions, worldwide payments, low or zero processing costs, and a… Read moreShareMark as PlayedBitcoin seminar in BarcelonaApril 8, 2019 – 207 minBitcoin seminar held at Espai CIEMEN in Barcelona on January 18, 2014.
Due to its peculiar characteristics (centralized, inorganic issuance of money, manipulation of interest rates, etc.) it would seem that the current monetary system controlled by state corporations is heading in an accelerated manner towards collapse, threatening to take away … Read moreShareMark as PlayedParticipacion en el programa Atrapados en la red de Onda MadridApril 8, 2019 – 5 minParticipacion en Onda Madrid: Programa «Atrapados en la red» sobre Bitcoin el 9 de noviembre del 2013.

It’s back, but never quite gone. With the global economy plunged into the worst crisis since the Great Depression and with the second wave of the pandemic, there is one asset that is revaluing more than any other: it outperforms stock markets, bonds, commodities.
It is bitcoin. The cryptocurrency par excellence surpassed the $15,000 barrier yesterday, its highest value since January 2018. So far in this tormented 2020, the virtual currency has appreciated nearly 115%. In mid-March, before the confinement, bitcoin hovered around $4,000. Since then it has skyrocketed and tripled. Analysts believe that its all-time high, when in December 2017 it brushed the $20,000 barrier, is just a stone’s throw away.
Also, after the initial ostracism the currency is starting to find some support from the Wall Street establishment. For example, the bank JP Morgan recently announced that «its upside potential is considerable». Its CEO, Jamie Dimon, has changed his mind on the matter.

Chipmaker Intel wants to revolutionize the production of bitcoins by drastically reducing the energy it costs to produce them, while maintaining a similar level of security. Its aim is to be able to use chips from household appliances, such as a modem or a computer, that are not currently being used for the devices’ own processes, for their production.
The production of bitcoins requires a significant expenditure of energy; in reality it is not very large, but seen from the outside, by people outside this parallel monetary market, there are those who may consider it excessive for a superfluous purpose. The energy to produce bitcoins is used to perform cryptographic tasks (solving very complex mathematical problems) that guarantee the security of the currency and the reliability of transactions.
«When bitcoins were not successful the consumption was lower, and in context it is not so great, taking into account what it saves compared to what companies spend for example on accounting and anti-fraud. In my opinion it is money well spent,» explains Victor Escudero, IT engineer and global manager of cybersecurity product integration at S21sec.

Víctor Escudero raised an interesting example that shows the usefulness that blockchain can have: «If I take a train and arrive half an hour later than planned, I can have an insurance for which I pay an amount, and so that, in the case of a delay, I automatically have that money in my bank account. To be able to do that, today without blockchain it’s hell: I have to consult with insurers, make a payment through a third party, which can’t be the one I choose…. I have to personally notify that the train has been delayed…. In short, I have to do all the work myself. With blockchain, the insurer could offer me two simple clauses, and everything would be automated without me having to do anything.» 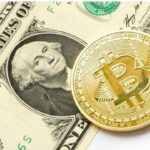 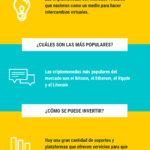