There are few people today who have never talked about Bitcoin and the cryptocurrency market. Even famous names appear when we talk about this form of investment as is the case of the chef Jordi Cruz.
This is what has happened with Jordi Cruz, since having this category of fame, he has been the target of fraudulent ads circulating on the Internet with his image. It is a screenshot of a non-existent interview in a famous program of Antena 3. We are talking about «El Hormiguero» hosted by Pablo Motos.
Bitcoin Era is the page that was behind all this scam and was sold as one of those applications capable of making thousands of dollars in a very short time and investing an amount as ridiculous as 250 dollars.
All of them exactly the same. We are facing a reliable fraudulent practice and we can confirm that Bitcoin Era is a scam created to get customers in people who do not really understand this world and is carried away by the easy money.

The chef Jordi Cruz, famous for his participation in the ‘MasterChef’ contest on La 1, has been the victim of a scam in the network. He has not been the responsible nor the one who has suffered in his pocket, but his image. Jordi Cruz’s face has been used to promote a Bitcoins scam on a website.
The scam was based on the fact that once you entered the fake news, the user was asked to deposit and initial investment of about 200 euros to win the same money that Jordi Cruz had supposedly won.
The scam of false investments in bitcoin, Jordi Cruz version No, the chef has not said in El Hormiguero that anyone «can become a millionaire» with Bitcoin Trader.We have already told you about this scam that only seeks to get hold of your money ⬇https://t.co/GwO6gYdFAm- MALDITO BULO (@malditobulo) June 4, 2019

The scam occurs once you enter the fake news, where they ask you for an initial investment of 200 euros to earn the same money that Jordi Cruz has supposedly earned.    Another resource they use is to include false testimonials of people who have supposedly made profits through Bitcoin Trader but who are actually models of image banks. Before the image of Jordi Cruz, the fraudsters have used those of characters such as Amancio Ortega or Antonio García Ferreras. 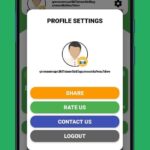 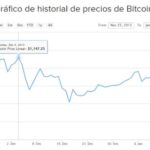