When you click on them, you are redirected to a web page that looks like a media that, as we say, transcribes a supposed interview of that famous person in El Hormiguero, where testimonials and supposed success stories are included to try to gain credibility. The reality is that these success stories do not exist because the photos have been taken from image banks.
The content is also full of links that take you to the pages of these supposed financial products, which have names like Bitcoin Revolution or Bitcoin Trader and ask for an initial «investment» of 250€ that you will never see again.

«What cybercriminals do is to buy advertising space on legitimate and popular pages. Not only in your newspaper, it has happened in important websites all over the world. Their goal is to attract the user, and the best way is to place an ad that catches their attention», reveals the expert: «Although most of us think that we never click on this type of ad, it is not true. There are many times that with supposed news about celebrities and with shocking phrases, curiosity is piqued and even the most sensible person can end up clicking».
«It is important to remember that websites are not infected and that advertising providers, in most cases, do not know that they are placing fraudulent ads. That is where the vulnerability lies, because the hook is launched on trustworthy pages where you don’t count on fraudulent advertising being introduced,» summarizes the Incibe expert.
García reveals that the scam is difficult for security forces to pursue. The ads are active for a short time and the place of origin of the attack changes. At the moment, the address that hosted the text of the fake Almodovar news links to a page selling walkie talkies. «Normally they are hosted in foreign countries and they change servers, connections, Internet addresses from which they send the ads, they move very fast and with the complications generated by the collaboration between countries it is difficult to pursue them», he explains.

Rafael nadal – el hormiguero: it is supercompromised test of the

The modus operandi of this scam is to impersonate a media outlet to gain credibility (in this case, El Mundo) and invent an interview of someone known in El Hormiguero. As we said, Boris Izaguirre has not recommended investing in Bitcoin Up in this program.
Throughout the text they include different boxes with anonymous people who talk about the alleged income they received through the false investment, but these people are actually models of an image bank.
Since more than a dozen people have written to us alerting us that they have been victims of this scam, we have written some recommendations that might be useful to you, such as filing a complaint and submitting it to your bank branch to see if they can stop the payment, cutting off communication with the scammers and refusing to download any program they tell you about.

Bertín osborne, very indignant about the criticism against amancio.

And of course, making money with BitCoin speculation has also become one of the lights that has generated more attraction among those eager to be smarter than others. No, don’t get me wrong, the growth of BitCoin’s value has had spectacular moments, and also brutal falls. But the worst and most complicated thing is that there are many «BitCoin», there are many cryptocurrencies, there are many exchangers, there is a lot to know to know where you put your money and, above all, it is not obvious that you can take it out whenever you want. I don’t want this article to be about all the things to take into account when investing in cryptocurrencies – whatever it is -, but I do want to express that the fractionation of cryptocurrencies – including BitCoin itself – and the markets is very high, and that its use is not so obvious.
Now it is booming to swindle through courses in cryptocurrencies, with a pyramidal system, with a membership of about 230 € per month. Many young people with a low cultural profile have fallen. Chema Alonso is one of my idols. Great article. 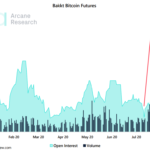