On October 31, 2008, an individual or group of people, using the pseudonym Satoshi Nakamoto, published the Bitcoin White Paper on the mailing list of a group of privacy activists known as the cypherpunks. The system proposed «an exclusively peer-to-peer version of electronic money, allowing online payments to be sent directly from one party to another without going through a financial institution,» as the paper reads.
Markets determine trends by supply and demand, i.e. by the interest in buying or selling an object. If the market is very interested in acquiring a certain object and that object is limited, the price of that object will increase. This is what we call a demand greater than the supply in the market. On the other hand, if the supply of a certain product increases above the actual demand for that product in the market, its price will tend to fall. Supply can increase for many reasons: excess production, impossibility of limiting the population’s access to the product, etc. In the case of bitcoin, its supply is already determined from the beginning. 21 million Bitcoins is the maximum production cap that will be seen within the Blockchain network of this cryptocurrency. With a delimited supply, what we will be interested in to mark the price will be its demand within the markets.

The update promises improved efficiency by reducing the amount of data to be transferred and stored on the blockchain. That is, the information in each block will be better compressed. There will also be a higher transaction rate per block, which will ultimately result in lower transaction fees.
At the time there were so many ideas even for «structural» Script improvements (not counting ideas for new opcodes); there was cross-input signature aggregation, graftroot, g’root, of course Taproot itself, …Initially my hope was to create one proposal that did all of them.- Pieter Wuille (@pwuille) June 12, 2021
Smart contracts are scripts, codes associated with money. The basis to be able to create applications and tools based on blockchain. Here, although Bitcoin is the most popular cryptocurrency, in this field Ethereum and its future version 2.0 have a head start.
Bitcoin wants to close this gap. With the improvement in block efficiency, Bitcoin wants to improve its potential in the world of decentralized finance (DeFi). A position from which it is now far away, where most experts agree that Bitcoin requires too many resources and time to implement these ‘smart contracts’.

The price will head towards the nearest strong demand zone, the 43500 or 42000. From these points we are going to get out of the fall in which we come to resume with momentum as it will enter the market with a lot of volume.
BITCOIN (BTCUSD)… daily compression, the bitcoin is running out of strength, let’s see if they are just lowering the indicators to blow it up again or if it really is the correction that has to happen.
Interestingly yesterday talking to a couple of colleagues, I touched on the theme that the bullish momentum is losing strength as it approaches a key polarity change zone, a statement for which I went….
Waiting for the price to touch a strong and decisive point to see with what intensity in the 48222.80 approx and see if it carries strength or if it is weak for a rejection of the current trend and possible downward shift, it seems to me that the strong point of purchase to not get caught in the trap is above 61.8 and otherwise once touched the 48222.80 and re be…

Some of the most influential people in cryptocurrency headlined the second day of Bitcoin 2021 Miami, offering words of wisdom on the future of decentralization, privacy and financial inclusion.
The intense discussion on Bitcoin and financial policy was followed by legendary skateboarder Tony Hawk, who spoke about what happens when a counterculture becomes popular. «It was very fast, it was international, to me it was the future of finance,» he said of Bitcoin. «I did buy Bitcoin in 2012.»
Lightning Labs co-founder Elizabeth Stark and noted macro analyst Lynn Alden shared the stage earlier in the afternoon in a session titled «Bitcoin for Billions, Not Billionaires.»
«Making Bitcoin Infrastructure Ubiquitous» was the next topic that graced the Nakamoto Stage, with Galaxy Digital CEO Mike Novogratz and Paxos co-founder Charles Cascarilla leading the discussion.
«There’s just incredible possibility here for what Bitcoin can do, it’s just getting started. You don’t have to focus on the short-term price, you have to think about what the long-term impact can be.» 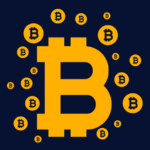 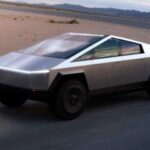