That night Vicente Vallés, journalist and presenter of Antena 3’s nightly news program, was on the program. But it was not only him who answered the unique questions of the «Iberian Press Conference» section created by the ants Trancas and Barrancas. Motos also took advantage of one of those questions to explain how he went bankrupt in just a few hours.
The interviewee assured that «unfortunately» he had not invested, since «there have been those who have made a fortune with them». It was then when Pablo Motos commented: «Yes, there is always someone who has made a fortune». And then, he revealed, without mincing words, his experience with stock market investments, surprising all the viewers.

Florentino Pérez, Ana Botín, Amancio Ortega, Alejandro Sanz, Cristiano Ronaldo… These are just a few examples of a long list of successful people that everyone knows and that supposedly endorse investing in bitcoins, this time in a fraudulent page called bancosyfinanzas.com, with alleged address at «1457 Spinnaker Lane, Chicago IL, 60632».
Florentino Pérez is also supposed to have commented in this regard that «never before in history have we had such an incredible opportunity for normal people to earn so much money in such a short time».
Logically, it is all false. Starting from the fact that Pablo Motos never interviewed Florentino Perez to talk about bitcoins. The truth is that the page, which already has some experience, uses the cryptocurrency and popular characters as a claim in order to obtain data and, on this occasion, hard cash, and immediately.
There are many pages just as fake, but this one is a reference on the Internet, with that appearance and that apparent name, bancosyfinanzas.com, which soon turns into extra-gains.com and ipmclick.com as they lead you to their terrain. 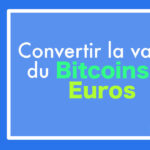 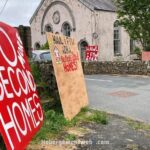