This is the same format in which other cases we have already told you about are spread. This scam circulates imitating an article of El Mundo about an alleged program of El Hormiguero and the text is repeated changing the names of the protagonist and the name of the scam (Immediate Edge, Bitcoin Evolution, CryptoBoom, Bitcoin Trader, Bitcoin Revolution, Bitcoin Era…).
Throughout this publication appear alleged cases of anonymous people who have invested in this “program” who are actually models of an image bank. Moreover, they always use the same images to talk about the supposed success stories.

What is bitcoin was

The old saying that nobody gives hard to pesetas, or now euros to cents, is more alive than ever in the era of new technologies and the Internet, where cybercrimes are proliferating, many of them scams related to cryptocurrencies or virtual currencies, bitcoins.
The difficulty of the investigation lies in the fact that the scammers operate from places in Eastern Europe such as Georgia, Lithuania, Albania or Ukraine, although there is also in Seville an open investigation by a company operating from London.
In fact, the Computer Crime Section of the Seville Prosecutor’s Office currently has ten investigations open for cryptocurrency scams committed internationally and that have their bases of operations in Eastern countries such as Albania, Ukraine or Poland, specifies the prosecutor, who warns, however, that the volume of these crimes is much higher, because most of these complaints are filed “for lack of known perpetrator.”
The investigator of the Economic Crime group of the Police agrees with the prosecutor that this type of fraud has increased. These are complex matters to investigate, in which “a very high percentage do not obtain results” and in which it is difficult to recover the money, since on many occasions they are destined for bank accounts located in “tax havens”.

When you click on them, you are redirected to a web page that looks like a media that, as we said, transcribes a supposed interview of that celebrity in El Hormiguero, where testimonials and supposed success stories are included to try to gain credibility. The reality is that these success stories do not exist because the photos have been taken from image banks.
The content is also full of links that take you to the pages of these supposed financial products, which have names like Bitcoin Revolution or Bitcoin Trader and ask for an initial “investment” of 250€ that you will never see again.

That night Vicente Vallés, journalist and presenter of Antena 3’s nightly news program, attended the program. But it was not only him who answered the unique questions of the “Iberian Press Conference” section created by the ants Trancas and Barrancas. Motos also took advantage of one of those questions to explain how he went bankrupt in just a few hours.
The interviewee assured that “unfortunately” he had not invested, since “there have been those who have made a fortune with them”. It was then when Pablo Motos commented: “Yes, there is always someone who has made a fortune”. And then, he revealed, without mincing words, his experience with stock market investments, surprising all the viewers. 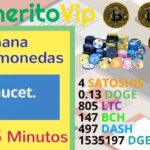 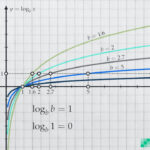