The complexity or difficulty of the Blockchain network to mine Bitcoin, has experienced the biggest drop in its history this Saturday. This is a scenario that has been expected since the massive disconnections of miners in China began. It should be remembered that that country banned the business within its borders.
Beijing’s punitive measures against cryptocurrencies extended to 4 provinces that made up 60% of the Bitcoin hashrate. These are the regions of Inner Mongolia, Yunnan, Sichuan and Xinjiang. Almost immediately, the miners complied with the authorities’ order and began the process of dismantling their farms.
The most important aspect that becomes apparent with the easing of the difficulty is the advantages that active miners will enjoy. There will now be less competition for blocks from miners. Also, transaction fees will increase. Both cases translate into increased income for those miners who remain active in the midst of this disconnection process.

With Chinese miners pulling the plug on their machines and hunting for more welcoming jurisdictions, the overall network computing power or hashrate has plummeted. The time to process a block has skyrocketed to a rate of more than 20 minutes on the back of the decision by the country’s authorities.
Cambridge University estimated that about 65% of the bitcoin network hashrate came from China as of April 2020. Now, for miners still operating, there is an opportunity to reap a higher percentage in transaction fees and less competition for the lucrative 6.25 bitcoin per block reward. «Those miners that are positioned right now hold all the cards,» admits Mason Jappa, CEO of Blockware Solutions.

Due to the Bitcoin mining shutdown in China, the hash rate, or mining power, has dropped by more than 50%. This might seem like a problem, but Bitcoin has a mechanism that states that every 2016 a difficulty correction is given. On Saturday the mining difficulty of the Bitcoin network fell by 28%.
For anyone who does not know what Bitcoin mining difficulty is, it is the amount of computing power needed to validate transactions and generate blocks. What is done is to establish how difficult it is to generate new bitcoins. The difficulty adjustment is given every two weeks or so, which is the estimated time to generate the 2016 blocks.
The drop in difficulty is mainly due to the process of dismantling Bitcoin mining farms in China. Thanks to this move by the Chinese government we know that over 65% of the Bitcoin hash rate was based in China. Bitcoin managed to reach 198 EH/s on April 15, the highest hash power in the history of this cryptocurrency. After starting the process of dismantling these farms, the power has fallen to 85 EH/s, which implies a drop of 65%.

Did you know that mining bitcoins is not always equally complicated? A cell phone (the cheapest ones) could mine bitcoins quickly in 2009, but today it takes huge industrial buildings full of thousands of specialized devices, generating millions of millions of operations per second to mine the same amount of bitcoins. Find out why this is so by knowing one of the most important aspects of mining, the «difficulty».
Bitcoin has a dynamic mining complexity / difficulty. What exactly does this mean? In essence it means that the difficulty of mining a block in Bitcoin, is not always the same. Sometimes it goes up, sometimes it goes down (although in the long term it is currently trending upwards).
As we have already explained in the article dedicated to how cryptocurrencies are mined, the hash must meet the characteristics sought in that blockchain. Each block within the network is generated at a rate determined by the blockchain protocol. And this rate must remain, to the extent, constant. 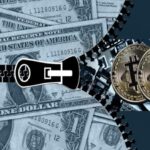